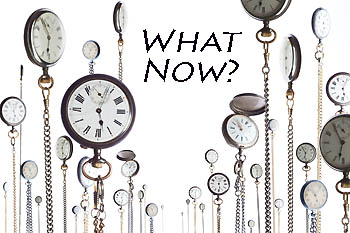 We seem to live in a very upside down world to say the least and it’s quickly spinning out of control. World politics and economics are so removed from any sense of normalcy that the average person is holding their breath and wincing at the future. Geopolitically and economically we are one headline away from a serious moment in history.

I will spare you all the pedantic answers like, ‘what goes up, most come down’ when looking at a wildly overpriced stock market. Nor will I suggest that the political behavior we are seeing from Washington D.C. to the Korean DMZ is just how politics works and ‘business as usual’.

What I would like to do, however, is point out the obvious issues that have been with us for decades; and will continue affect each one of us.

Let's start with the basic unit that we all accept as money - The U.S. dollar. Since 1973, two years after Nixon closed the gold window and officially took America off the gold standard, the U.S. dollar has been in steady decline. A simple glimpse at any chart - be it the DXY dollar index or the more sophisticated USDX chart index - they reveal a very dismal future for the once world-dominating dollar. And now with crypto-currencies and other potential commodity-backed currencies on the rise, the future of the dollar is dismal. For anyone to put their trust in the dollar from here out is pure foolishness. FOOLISHNESS!

But it gets worse.

That is just the current debt. Long-term liabilities, including entitlement spending, now exceed $150,000,000,000,000. And again the number is growing faster than I can write. So multiply what you owe by 7.

Currently the U.S. Government (We the People) are running a projected $687 billion yearly deficit. Many are suggesting the implementation of the proposed tax cuts could send this soaring back over a trillion a year. While I am very much in favor of tax cuts and a simpler tax code, it will take years to see the benefits of tax cuts unless we have subsequent spending cuts and the elimination of “base line” budgeting. Good luck on changing those two entrenched practices of career politicians.

We are told inflation is well below the Federal Reserve’s target of what appears to be a reasonable rate of 3 to 3.5%. In fact the average in recent years has been 3.22%. What most economists neglect to mention prices double over a 20 year period or increase 50% over a ten year period at that rate!

Just those four issues should be enough to send the average citizen running to fill up the hall closet with gold. It should shock us into the reality that while short-term markets make things look better; long-term, we are in very serious trouble.

Now let’s add onto this the threat of a completely cashless society where crypto-currencies and blips on a computer screen represent your savings, retirement and paychecks. A failure of our banking system, without government bailouts, would cause banks to keep your money until they could afford to pay you; like in Cyprus, Italy and other debt ridden nations have done in recent years.

How about a leader in North Korea who is just one trigger pull away from launching ICBM's that could prompt a mighty military response. That response would land within miles of the 880 mile common border shared with China and 11 miles shared with Russia.

How about China, who is embarking on the largest military expansion in its history and building massive ships and navy bases in the South China sea.

Or Russia, who has recently acquired 20% of our U.S Uranium reserves in a less than advantageous deal for America, unless you are a member of the Clinton Global Initiative. Is this acquisition of uranium to power all the lights and refrigerators in Moscow, or could it be used for the fissile material to add to an already huge nuclear weapons stockpile?

We see all this before us. Debt, deficits, a dying dollar, resurgence of inflation, crypto-currencies and great global threats of war. Any one of which could pick your pockets or break your legs, to paraphrase Thomas Jefferson.

So what is a wise person to do? Acknowledge the threat and prepare for it. Do not act out of emotion, fear or greed, but act with an informed, well-planned strategy so all you have worked and saved is not lost in the next crisis.

Oh yes, you can be assured there will be another crisis. Not if, just when. And if you are one minute too late, it’s over. The potential losses are just not worth the risk you take in hesitating. A wise man sees danger and avoids it.