An Introduction to Swiss America

Dean Heskin is President and CEO of Swiss America Trading Corporation. Mr. Heskin started with the firm in 1992 as an account executive and was named CEO in 2012. For nearly thirty years Mr. Heskin's opinions and perspectives have been sought after and shared with many. You may have read, seen or heard him on the numerous media interviews he's conducted with; FOX News, The Wilkow Majority, The Wayne Allen Root Show, CBS MarketWatch, Off the Grid or Real Money Perspectives. Dean is happily married, has five children and currently resides in Scottsdale, Arizona. 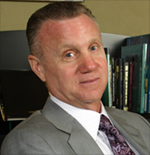 Craig Smith is Chairman Emeritus of Swiss America Trading Corporation, Mr. Smith founded the company in 1982 out of a bedroom in his home with $50.00. It has since grown into one of the largest and most respected firms in the industry known for its dedication to consumer education and safety.

Why Owning Physical Gold is Vital

Swiss America believes physical gold ownership provides a solid financial foundation, no matter what happens in the economy. Gold should be held primarily as wealth insurance. Asset growth and privacy are also important, but they are secondary to safety.

What's behind the love affair with the oldest form of money on earth; which was reignited following the turn of the new millennium? There are a plethora of factors driving gold prices higher today.

The gold bulls first came out of their bearish hibernation between 2003-04, when gold prices topped $400 an ounce. A decade ago Swiss America documented over 35 respected financial experts who all agreed gold prices were headed above $2,000 an ounce.

Since then, many of the world's most respected analysts, economists and financial pundits have jumped to embrace gold, despite the denigration by economists who still believe in the archaic philosophy of John Maynard Keynes, who consider gold as a "barbarous relic" of the last century.

Nothing could be farther from the truth! "In this new era of globalization, gold's role as a single, unifying force of value is perhaps more critical than ever before. Gold continues to be the foremost physical asset in an interconnected, electronic marketplace desperately in need of fundamental and intrinsic worth," writes Mr. Smith.

Over the last three decades Swiss America has gradually earned its role as a Gold Thought Leader. Mr. Smith's original mission statement was; "Preparedness, Stewardship and Restoration." His passion has been to build a national firm, a solid team who understands their primary mission is to protect assets from a declining U.S. dollar and inspire a renaissance in The American Dream.

As the go-to gold experts, we don't shy away from the tough questions about market valuations, the deficit or America's financial health. Nor do we side-step the larger issues of trust in government and confidence in fiscal policy; since both directly impact economic outlook and investor optimism. Our insightful articles, blogs, white papers, research reports and videos are designed to inform and enlighten so that anyone with money to protect or a retirement account to secure can make the most educated decision possible about how to safeguard their money.

At Swiss America, we're passionate about gold ownership because we believe gold is a fundamental and essential store of value. Its historical role as a safe haven is indisputable, and today it is still the "ultimate global money" with a track record of performance, stability and liquidity.

Frankly, we're less interested in what we can sell you, than what we can tell you. You can count on us to keep you apprised of emerging financial data and real-time economic trends to help you monitor all the moving parts that impact your money in an ever changing world.

The rise of the Internet has been both a blessing and a curse for inexperienced gold and coin shoppers. Searching for a reputable gold dealer can be confusing as consumers wade through a mixture of hard-to-understand information, disinformation and half truths. Sadly the 21st century gold rush has also attracted a new breed of gold scams, which potential consumers must also be prepared for.

According to Mr. Smith, "There are scores of ways unethical gold dealers are scamming the public today including; over-pricing coins, over-promising performance, risky IRA home delivery schemes, over-selling the product and long or even non-delivery of the product after payment is made."

Getting Started With Swiss America

Once the decision has been made to put yourself and family on a personal gold standard, the details are handled with a Swiss America representative, who will present their recommendations and your best options, based on your needs and goals. Upon transfer of funds, the gold coins chosen are then "locked-in" at the prevailing market price and shipped to you via registered, insured U.S. mail.

After your coins arrive, you can track the performance of your portfolio online at swissamerica.com. You may also call your representative toll-free at 1-800-289-2646 to request a periodic portfolio evaluation.

If and when you decide to liquidate, simply forward your coin(s) to Swiss America via registered insured mail, we will liquidate your coin(s) and your funds will be sent to you promptly.

Considering how important financial readiness is today, don't settle for anything less than the best. Swiss America is The Gold Standard. We are committed to helping you prepare for what's coming next.