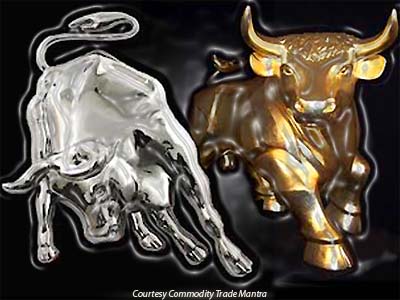 It is no secret precious metal prices have been on a steep incline in 2020, due to the dramatic rise in economic uncertainty and a growing distrust of paper currencies, government and the stability of the financial markets.

By August, gold prices had risen 35% (rising above $2,000 an ounce) and silver prices were up 60% (approaching $30 an ounce). So what’s next? Are we reaching peak gold and silver prices? Is it too late to diversity a portion of your assets into precious metals? Or is 2020 just the start of a new long-term bull market?

“As long as the money-printing continues, gold will continue to rise,” opines legendary businessman, economist and author Bill Bonner who accurately called the last precious metals bull market in 2000.

“Stocks are an indicator of giddy greed,” Bill continues. “Gold is a measure of sober fear. One is hope. The other is reality....So, what do you think?...Is this the ‘bottom’ for the U.S. economy... and the peak in the yellow metal?....Or is this just the beginning... the first act in a show that will last for years more? Peak gold is probably still far ahead.”

Twenty years ago Swiss America Chairman Craig R. Smith announced the beginning of a new bull market in precious metals in his bestselling book, Rediscovering Gold in the 21st Century, based on “market trends, diversification principles and common sense.”

I believe we are embarking on another 10-20 year bull market in precious metals which could send the prices up dramatically, based upon a dozen contributing factors such as; ongoing economic uncertainty, profligate government spending, a perennially weak U.S. dollar and a seemingly unending series of geopolitical risks.

To understand the gravity of this moment in history it pays to reflect a bit on history and the convergence of long-term demographic cycles, credit cycles, economic/debt cycles and generational cycles. Historically about once every 80-90 years a major crisis, or a series of crises shake our nation – resulting in either triumph... or tragedy.

America’s “crisis” season kicked off with the new millennium and the bursting of the Dot-Com stock market bubble, followed by the 9-11 terrorist attack, the housing and Financial Crisis of 2007–08, and now the Covid-19 pandemic.

These events should have served as a major wake up call for change; telling us that the moral, social and economic laws of nature cannot be violated indefinitely without major consequences. Instead, we have seen financial stagnation fueled by near-zero interest rates courtesy of the Federal Reserve, which served to re-inflate the stock market, but not translate into wage growth for the middle class. Sadly, the U.S. has become more and more polarized, politically and economically, with each new crisis.

Next up – we have the 2020 elections - which pundits say will be the most polarized American election in over a century, and which could potentially bring about further upheaval and perhaps even the dis-uniting of the United States. It’s time to keep your powder dry and to be prepared for the worst, while hoping for the best.