Fundamentals Could Not Be Stronger for Gold and Silver

Fundamentals Could Not Be Stronger for Gold and Silver
(Nor Weaker for the U.S. Dollar and Stocks)
By
Jerome R. Corsi, Ph.D.
Co-Founder of Corstet LLC
www.corstet.com 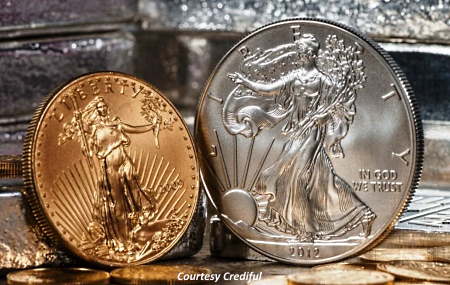 The fundamentals for gold and silver investing have never looked better.

In the summer months of 2021, the Biden administration plans to push through a $1.2 trillion infrastructure spending bill. In addition, the administration now threatens to use the budget reconciliation process to push another $1.8 trillion through Congress without any GOP support to fund Biden’s Family Plan – a plan that calls for improved childcare, education, and healthcare. This spending is on top of the $1.9 trillion Covid-19 relief package.

These bills total nearly $5 trillion in federal spending triggering fears of hyperinflation. These fears have begun to hit the pocketbooks of average Americans as the Consumer Price Index (CPI) increased 5 percent in May this year, the largest increase since August 2008. A separate index - the Producer Price Index (PPI) - rose 6.6 percent in May, the fastest increase on record.

Carefully measuring economic indices under the Biden administration, economist John Williams - author of the well-followed blog ShadowStats.com - warns that “fundamentals could not be stronger for gold and silver, nor weaker for the U.S. dollar and for stocks”. Williams concluded there is no V-shaped recovery as the economy emerges from the nationwide Covid-19 lockdown. Instead, battered May 2021 payrolls and unemployment numbers confirmed “a still-ravaged economy on par with the Great Depression.” Williams’ analysis led him to conclude that “business-cycle conditions are collapsing rapidly, amidst an extreme acceleration in inflation.”

International concerns are deepening that the Biden administration’s ultra-loose fiscal and monetary policies have put the global economy on track for a train wreck. “When the crash comes, the stagflation of the 1970s will be combined with the spiraling debt crises of the post-2008 era, leaving major central banks in an impossible position,” warns Nouriel Roubini, the former senior economist for international affairs in the White House’s Council of Economic Affairs during the Clinton administration. Bank of America agrees with Nouriel Roubini that a “stagflation” mess of high global inflation amid low economic growth will slam the market for stocks globally - and the U.S. dollar in particular - for the second half of this year.

At the same time, the market for cryptocurrencies has soured with Bitcoin - the largest of the cryptocurrencies - losing half its value in recent weeks. This comes at a time when governmental authorities - including the IRS, the SEC, and the DOJ - have put cryptocurrencies under increasing regulatory scrutiny, opening criminal investigations to detect cryptocurrency tax evasion and international money-laundering schemes. These developments prompted the Wall Street giant Goldman Sachs to warn that the extreme volatility in the cryptocurrency market means that cryptocurrencies cannot compete as a safe haven asset like gold can.

On July 8, 2021, Bank of America put out a notice saying gold is now expected to average above $1,800/ounce in 2021. Goldman Sachs was even more enthusiastic about the prospects for gold in 2021, with Goldman Sachs analyst reiterating his current price target for gold at $2,000/ounce, arguing that the July 2020 record high of more than $2,036/ounce is once again in sight.

Savvy investors worldwide are realizing that John Williams is correct in stating the fundamentals for gold and silver have never been stronger, while the fundamentals for the U.S. dollar have never been weaker. Reinforcing the prospect of new highs above $2,000/ounce for gold, the Russian National Wealth Fund (NWF) announced on July 7, 2021, that it has reduced all of its U.S. dollar assets to zero, while increasing its gold holdings to over 20 percent of the NWF’s total investment holdings. Russia’s Finance Ministry explained the moves of the NWF to readjust its investment holdings by noting the euro and yuan are now considered to be alternatives to the dollar, while gold remains “an asset capable of protecting the NWF’s investments from inflationary risks.”

As the Biden administration plans to spend trillions of dollars, the move is on in the United States - as well as internationally - to “de-dollarize;” a move that has once again enhanced the value of gold and silver as long-term investment assets capable of holding value. Precious metals also hedge against devaluations in national currencies and the faltering of cryptocurrencies amid an increasingly expected return globally to the stagflation of the 1970s.

Are you ready to take the same steps to protect your assets from the faltering dollar? Call my trusted partners at Swiss America today to get started at 800-289-2646 or visit swissamerica.com/lee.