Demands for a “Do-Over” Election 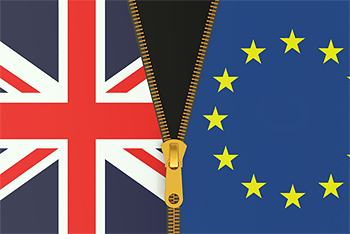 Investors who believed these elitists were shocked when this referendum won by 52-48 percent, launching a countdown to separation between the UK and European Union.

This triggered a worldwide seismic shockwave that on Friday, June 24, wiped out more than $2 Trillion from global markets. [1]

If these investors had heeded the advice and warnings that monetary expert Craig R. Smith and I have set forth in six books [2], they could have profited handsomely while this giant Money-Quake shook the planet and set assets tumbling. [3]

A word to the wise: this Brexit vote is the first of many more soon to come. Read our books and quickly pick up the broken pieces of your investment portfolio. You will want to move quickly at least a portion of what remains before the falling dominos and other pains of aftershocks hit.

Do not just hunker down like those Romans 2,000 years ago in Pompei who felt the shaking, but who took comfort in their false assumption that the ancient volcano Vesuvius would not erupt in their lifetimes. Those who did not move can be seen today, overtaken by the tremors, gas and hot ash that killed them.

In shaken London, the immediate response of sore losers has been to negate this vote of Britons fed up with seeing the European Union's globalism destroy their nation.

More than two million anti-Brexit voters purportedly have signed an Internet petition declaring the referendum vote invalid, despite its 72.2 percent voter turnout, because that near-record turnout fell short of 75 percent.

(It now appears that many of these signatures were fake. The London Telegraph reported that nearly 24,000 may have come from Communist North Korea, where few have Internet access. More than 39,000 appear to have come from Vatican City, which has a resident population of fewer than 800. Welcome to the new Progressive “democracy.”)[4]

Fair's fair. If we are going to move the goalposts and change the rules retroactively after the game – something nearly all legal scholars in Great Britain reject – then so be it.

In 1975, voters approved UK membership in what was then called the European Community (or European Economic Community) after being promised that this entity would confine itself to trade matters, not attempt to become a political entity that steals the sovereignty of member nations.

So by the rule proposed by those who want retroactively to erase vote outcomes in which they lose, let's look back to 1975 and declare that the United Kingdom's voters failed to approve membership in what has become the European Union because turnout failed to reach the 75 percent threshold needed to make the referendum valid.

(Mind you, I am all for extending to voters what lawmakers must achieve to pass a valid law – a Quorum, usually 50 percent plus 1 of members present in the legislative body.

This would overcome the sneaky local U.S. referendums put on ballots for voter approval in late spring or summer when most voters are on vacation. Many measures thus become law with only 10 or 15 percent of registered voters casting a ballot.)

Scotland has not had a voter turnout of 75 percent since 1992, but its legislature's First Minister Nicola Sturgeon rushed to the microphones to warn that Scotland's parliament might be “in a position to block Brexit.”

In Scotland, where golf and its duffer “do-over” were born, 62 percent – roughly 1.66 million – voted against Brexit but could not overcome the vastly larger 17 million British 53.4 percent pro-Brexit vote in England.

“We have to respect the vote...even if we don't like it,” said Scottish Secretary David Mundell. After being united for three centuries, Scotland rejected a breakup with England in a vote two years ago. Many supporters of Scottish independence assumed the UK would remain in the European Union. In a new vote, Scotland might separate and seek its own EU membership. [5]

In London, its newly-elected Labour Party Muslim Mayor Sadiq Khan said his city would continue to welcome immigrants. A separate online petition declared London to be “an international city, and we want to remain at the heart of Europe.” Londoners voted 59.9 percent against Brexit, and the petition has reportedly gathered 100,000 signatures to declare this ancient capital independent of the United Kingdom. Although Khan's words were not secessionist, some critics took them to be a declaration that London might become what in the U.S. is called a “sanctuary city.” [6]

If nothing else, Brexit has inspired an ironic passion among its opponents for breaking big government up into smaller entities. Conservative Prime Minister David Cameron, who opposed Brexit but kept his promise to allow this referendum, has announced that he will retire by October. His likely successor: American-born former London Mayor Boris Johnson, one of the leaders of the Brexit movement, who could merge the upstart successful United Kingdom Independence Party (UKIP) back into the Conservative Party now that its mission is accomplished.

Brexit, says Cameron, was a “once in a generation, once in a lifetime” decision. The now-Disunited Kingdom has had “referendums, not neverendums.” But many twists lie ahead as the world turns away from entrenched nanny statist globalism. [7]

For an amazing interview with Lowell Ponte about the British referendum and secession movements here and in Europe, contact: Sandy Frazier at sandy@mystic-art.com or call 516-735-5468

For a media copy of Lowell’s latest book, We Have Seen the Future and It Looks Like Baltimore: American Dream vs. Progressive Dream, co-authored with monetary expert Craig R. Smith, contact Bronwin Barilla at 800-950-2428.

[2] The six books coauthored by Craig R. Smith and Lowell Ponte are: (1) Crashing the Dollar: How to Survive a Global Currency Collapse; (2) The Inflation Deception: Six Ways Government Tricks Us...And Seven Ways to Stop It!; (3) The Great Debasement: The 100-Year Dying of the Dollar and How to Get America's Money Back; (4) The Great Withdrawal: How the Progressives' 100-Year Debasement of America and the Dollar Ends; (5) Don’t Bank On It! The Unsafe World of 21st Century Banking; and (6) We Have Seen The Future And It Looks Like Baltimore: American Dream vs. Progressive Dream. All should be available from Amazon.com or by contacting Bronwin Barilla at 800-950-2428.

[3] Rachel Premack, “The One Investment that Just Made a Killing, Thanks to Brexit,” Washington Post, June 25, 2016. URL: https://www.washingtonpost.com/news/wonk/wp/2016/06/25/the-one-investment-that-just-made-a-killing-thanks-to-brexit/