If Jobs are Back and the Dollar is Strong … Why are Billionaires Buying Gold?

The government now tells us we’re enjoying a 5% unemployment rate with some officials even suggesting we are now at full employment. The national unemployment rate is indeed down over 50% from highs set during the Great Recession back in the Fall of 2009. The US dollar is up 35% since the Spring of 2008 and oil is up an astonishing 76% since earlier this year.

These all seem like ideal conditions for a stock market bonanza. So why has the market gained so little ground in 2016? While the Dow has recovered from lows seen earlier in the year, it is still down over 400 points from last year’s highs. The markets currently sit almost where they started the year - gaining just 1.6% - while gold is up over 15% and silver has advanced over 16%. 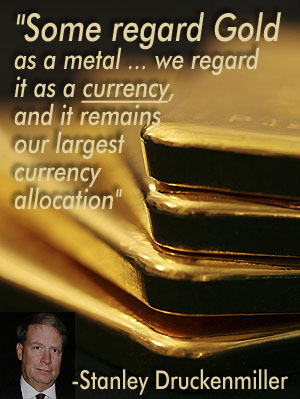 The irony of a recovering economy in this age of monetary manipulation and stimulus is that it can be a potential quagmire of unintended consequences. A stronger US dollar can cut into American corporate earnings as almost half of the revenue of S&P 500 companies comes from outside of the US. In addition, healthy economic data will likely lead the Fed to raise interest rates which will, in turn, increase stock volatility and could drive investors away from equities.

A Fed rate hike will also negatively impact developing countries and emerging economies with large debt burdens held in dollars. This could send a shock wave through world markets. Higher rates can also adversely affect both borrowers and lenders here in the US including those holding variable interest rate mortgages and consumers seeking new home and student loans.

Despite the healthy recovery data, the US economy is still contending with stagnant wage growth, a Labor Force Participation Rate that is at historic lows, weak GDP, a slowing global economy and loose monetary policy run amok. An astonishing 23 countries, comprising a quarter of the world’s GDP, now have interest rates of zero or less.

To make matters more interesting, US stocks are about as expensive as they have ever been. Some analysts are warning that valuation bubbles are undoubtedly about to burst, particularly in tech and internet start-ups. And now there is talk of another housing bubble as ZIRP policies have fanned real estate demand making certain markets in California, Texas and Florida purely bubble-driven. It’s worth noting that home prices in San Francisco, in particular, have now exceeded pre-crisis highs by 15%.

With everything once again pumped so artificially high, the downside risk becomes greater and greater. Perhaps this is why billionaire investors are turning to precious metals. Last year legendary hedge fund manager Stanley Druckenmiller placed over $323 million into gold.

Billionaire hedge fund manager Paul Singer told Bloomberg News that gold’s best quarter in 30 years is probably just the beginning of a rebound as global investors weigh the ramifications of unprecedented monetary easing on inflation,"It makes a great deal of sense to own gold...We believe the March quarter’s price action could represent something closer to the beginning of such a move than to the end."

These big money moves clearly reflect broad skepticism of the markets, government data and the Fed’s ability to fix a potential crisis or correction going forward. Money managers across the country silently worry that the fat market valuations lack fundamentals and could be subject to sudden and severe reversals. 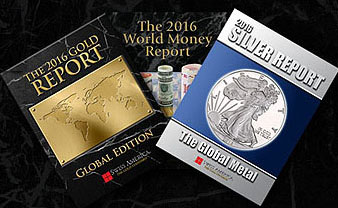 We’ve all seen this movie before. Perhaps Druckenmiller put it best when he said, “We’re doubling down on the same policy that really put us there (in the 2008 financial crisis) and enabled those bad actors to do what they do …This is crazy stuff we're doing. So, I would say you have to be on alert to it ending badly.”