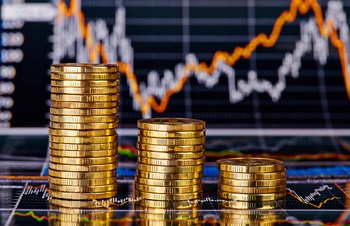 When it comes to a means of trade and exchange, it seems the world has come full circle. In ancient times men bartered with grain and livestock as a method of payment. The intrinsic value of barley, spelt, millet … and pigs, goats and oxen was quite evident. There were “sellers” with ample supply --- and “buyers” with tangible demand. Above all, there was a physical medium of exchange, and the universal value of a hog or a sheep was clearly understood.

By 1200 BC, the need for non-perishable commodities in ancient society brought about the swap of cowrie shells (or “cowries”) by the Chinese. These were eventually fabricated out of metal for ceremonial exchange starting in about 770 BC.

The first coins, struck in gold and silver, are attributed to the Lydians in Asia Minor or what is now Turkey in about 640-630 BC. It does not become a familiar currency, however, until the Song dynasty, an era of marked Chinese prosperity. With advances in printing, it’s no surprise that paper money first appeared in China as early as 740 BC.

Since the invention of paper money, countless kingdoms, empires and nations have gone on to adopt local and/or state currencies. Some thrived but many failed as a result of war, subjugation and/or liberation, depreciation, default, hyper-inflation, societal collapse and most recently globalization.

The adoption of the Euro in 1999 eradicated 19 national currencies including the German deutsche mark, the French franc, the Italian lira, the Spanish peseta and the Greek drachma. There are now almost 600 extinct currencies including the likes of the Dutch guilder, the British florin, the Moroccan franc, the Libyan pound, the Bolivian peso, and the Mongolian dollar.

Since inception, the overriding goal of money is to provide a universal method of payment that transcends societies, civilizations and peoples. In this respect, gold and silver were successful earlier forms of currency. Both metals are naturally occurring. They are considered “precious” because they are relatively rare, require deep earth mining, and have multiple uses in culture and in industry. This has been the case from ancient times to modern day which is why they also served as sound monetary standards.

When governments attempted to exert authority over money by decree however, many brightly colored bank notes were left on the extinct roll calls of history. It seems the further the world has gotten away from gold, the more volatile money has become. Perhaps this is why central banks continue to hold gold like the US, Russia, and China. Even those trading in euros like Germany, Italy and France maintain hefty stockpiles of gold. The International Monetary Fund, which oversees the entire global financial system, itself, holds about 2,814 tonnes of gold; the third highest of any world entity.

In this new era of globalization, gold’s role as a single, unifying force of value is perhaps more critical than ever before. It is the most followed and most globally traded commodity in the world. Gold continues to be the foremost physical asset in an interconnected, electronic marketplace desperately in need of fundamental and intrinsic worth.

Back in 740 BC, the invention of paper was, in fact, a turning point for money; but as technology brings the world closer again and more and more currencies become obsolete --- gold is returning to the forefront of universal value, enduring appeal, and timeless safe haven protection.