THE GOVERNMENT’S NEXT TARGET

THE GOVERNMENT'S NEXT TARGET:
TAKING YOUR IRAs, 401Ks AND PRIVATE PENSIONS

HOW TO SAVE YOUR LIFE SAVINGS 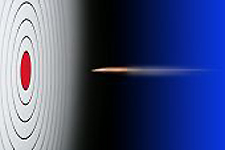 Over the last decade freedom-loving Americans have worried about the possibility that a U.S. president might use executive authority to confiscate citizen's private firearms, in violation of the Second Amendment.

With the U.S. debt topping $20 trillion, concerned citizens have also worried that the same executive authority might be excercised to confiscate the $18.5 Trillion Americans have saved in their personal Individual Retirement Accounts (IRAs), 401(K) plans and pension accounts that hold U.S. Dollars and paper securities.

These are the biggest pools of private money left in America, and our spendaholic politicians are eager for any excuse to siphon this treasure into the government's coffers.

In 2010 former President Obama's Treasury and Labor Departments, as well as then-ruling Congressional Democrats, were openly discussing ways to confiscate private retirement accounts and put in their place government “Annuities” backed by Treasury or other government securities, as the American Enterprise Institute reported.

Progressives apparently see such confiscation of savings as a way to enrich government, stimulate the economy and redistribute wealth. Progressives think it is unfair and unequal that self-reliant, responsible citizens defer their pleasure to create savings accounts with their hard-earned, hard-saved money.

Between 41 cents and 46 cents of every dollar the Federal Government now spends is borrowed money, but the “full faith and credit” of the government behind our faith-based U.S. Dollar is waning. The People's Republic of China and Japan used to be eager to buy U.S. debt, making it America's #1 export. Today such lenders are backing away, and 90 percent of American treasury obligations are now purchased by the Federal Reserve – America's own quasi-private Central Bank.

The government is literally paying today's credit card bills in our left pocket with more credit cards in our right pocket. It is adding more than a trillion dollars to our debt every year for as far as the eye can see. We are living in an Alice-in-Wonderland economy addicted not to productive work, but to the Federal Reserve conjuring ever-more free stimulus trillions out of thin air just to stave off collapse.

THE DAY YOUR SAVINGS VANISH

You will get no advance warning, no chance to get your money out, and no choice in the matter on the day your life savings vanish in the form of U.S. Dollars.

The banks and related institutions, and possibly the stock exchanges, could be closed for a few days by government orders, then re-open with the actual paper money in people's pension, IRA and 401(K) accounts missing.

In place of their hard-earned savings, people will be given new accounts based on new financial instruments that promise to pay a reliable rate of return, in effect government annuities backed by trillions in new Treasury notes.

These new accounts could pay an interest rate lower than the rate of inflation – what economists call “financial repression” – so that savers will lose money by having these accounts, yet be taxed on the interest paid as if it were profit.

Those below retirement age will be required to pay stiff penalties if they attempt to withdraw the value that these accounts purportedly have. People might be prohibited from withdrawing more than a small monthly amount from the accounts at all, and even this will be in rapidly-inflating, debased dollars of falling value.

A new currency could be issued in which one “New Dollar” would be worth 10, 100 or 1000 old dollars – much as happened with the Mexican New Peso in 1993 or the Israeli New Shekel after a period of hyperinflation in 1986. This could catch those possessing a larger quantity of cash than their tax filings show.

Such manipulation is easier for small national currencies than for the U.S. Dollar, which is the World Reserve Currency used by almost all nations in key transactions and as part of their own Central Bank reserves. Nevertheless, such a sudden re-valuation of the dollar could occur.

The U.S. Government and Federal Reserve are already devaluing the dollar as a way to make American export goods cheaper in the global “race to debase” known as the “currency wars” among nations.

"Kiss your Pension Fund Good-Bye," warns economist Martin Armstrong of Armstrong Economics. "The U.S. Supreme Court ruled ... in the unanimous, 8-page decision in Tibble v. Edison holding that employers have a duty to protect workers in their 401(k) plans from mutual funds that are too expensive or perform poorly....This creates a very gray area wide enough to justify public seizure of pension funds under management," warns Armstrong.

"Yet this decision is even deeper. It sets the stage to JUSTIFY government seizure of private pension funds to protect pensioners. When the economy turns down and things get messy, they are placing measures in place to eliminate money in and physical dimension, closing all tax loopholes, shutting down the world economy with FATCA, and preparing for the final straw of Economic Totalitarianism with the Supreme Court reversing its entire construction of the Constitution to impose a duty upon employers to ensure the 401K plans perform in a world where interest rates are going negative. You really cannot make up this level of insanity....Between the court ruling and the Obama administration's push for stronger fiduciary rules send a strong message that government can much easier seize the pension fund management industry of course to 'protect the consumer'," Armstrong concludes. Source: www.armstrongeconomics.com

Confiscation of savings is no fantasy. Precedents for it already exist. Argentina in 2008 effectively expropriated the money in private pension funds, leaving in its place debased government bonds worth only 29 percent of their face value.

Our politicians looted and spent $2.66 Trillion from the Social Security Trust Fund, leaving paper I.O.U.s in its place. Former president Obama's comrades took more than half a trillion dollars from the Medicare Trust Fund to bankroll Obamacare.

Former Secretary of the Treasury Timothy Geithner temporarily funded the government with executive branch “extraordinary measures” – from May until August 2011 by selling assets of the Civil Service Retirement and Disability Fund and the G Fund of the Thrift Savings Plan, and again in January 2013 by borrowing from the federal employee pension fund.

President Franklin Delano Roosevelt by Executive Order closed all the banks. FDR re-opened the banks after he had destroyed America's Gold Standard dollar in 1933, a major step on the downward path to today's fiat dollar with no intrinsic value whatsoever. This is the “elastic currency” that Progressive politicians chartered the new Federal Reserve to furnish in 1913, the year we began the Great Debasement that has brought us to today's debased political and economic system.

In other precedents, Bulgaria transferred approximately $60 Million in private retirement savings into a government pension scheme. Ireland levied money from the National Pension Reserve Fund to bail out banks. In 2010 Hungary demanded that citizens give the government their private savings or forfeit all state pension money they had been promised.

In 2012 California Governor Jerry Brown signed into law the first government-run retirement program for private employees, reportedly funded by requiring companies with 5 or more employees to divert 3 percent of each employee's pay to CalPERS, the California Public Employees Retirement System. This new law is expected in its first year to add $6.6 Billion to the coffers of a California government retirement system already underfunded by as much as $500 Billion. This is one more way to tax private sector workers' earnings to bankroll fat pensions for the public employee unions that have run a once-golden State of California into the ground, as the Federal Government is now doing to the country.

As a result, California is now experiencing a “reverse gold rush” of successful people fleeing to preserve the money they have earned from new sky-high taxes. By destroying this state's once-prosperous economy, politicians have made it appropriate that the animal on the California flag is not a bull, but a bear.

People need to wake up and see the bull's-eye, the red laser dot, where greedy, grasping money-hungry politicians are aiming for their IRAs, 401(K)s, pensions and savings accounts.

Your retirement nest egg could be targeted for political confiscation, so one prudent decision could be to “Move it or lose it.” It is wise to diversify a portion of your savings into something that will not be lost if the politicians suddenly confiscate America's retirement accounts, or further debase the dollar's value to cover the stratospheric debts caused by out-of-control government spending.