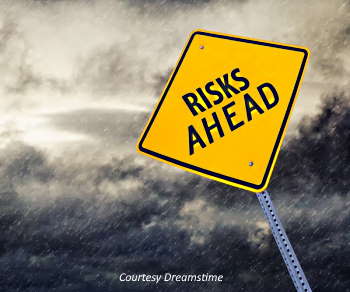 What were the factors that pushed gold prices to rocket to historic highs four decades ago? Could we see a similar scenario play out again forty years later in 2020? History may not always repeat, but sometimes it rhymes.

Several factors converged in 1980 which sent investors rushing for the protection of physical gold. One of which was geopolitical uncertainty, as Russia invaded Afghanistan and the Iran hostage crisis erupted. We faced a diplomatic standoff between the United States and Iran over fifty-two American diplomats and citizens held hostage for 444 days between November 4, 1979 and January 20, 1981.

Fast-forward to January 3, 2020; a U.S. drone strike near Baghdad International Airport killed Iranian major general Qasem Soleimani of the Islamic Revolutionary Guard Corps who was commander of the Quds Force, deemed a terrorist organization by the United States. The following day gold prices shot up over $1,600/oz. Five days after the airstrike, Iran launched a zero-casualty series of missile attacks on U.S. forces based in Iraq. What's next? Will Iran retaliate further, as they have promised?

We also face the growing threat of an expanding economic/trade war with China. Recently top secret Chinese documents were released showing how the minority Uighur population is being held in mass detention camps and subjected to 'systematic brainwashing.' Beijing's violent response to pro-democracy protests in Hong Kong revived grim memories of the 1989 Tiananmen Square massacre.

Remember; China is a communist nation with long-term goals of global financial and military domination. Former U.S. Secretary of State Henry Kissinger said the U.S. and China were in the 'foothills of a Cold War,' and warned that the conflict could be worse than World War I.

Perhaps the most dangerous scenario is the emerging economic and military coalition of China and Russia; which, as authoritarian states, both disdain the U.S. In 2019 Beijing responded to its competitive confrontation with President Trump by deepening its strategic relationship with Moscow.

What if Beijing and Moscow conclude that 2020 is the right time to challenge the West and take advantage of what they both consider Western weakness? Their recent joint oil and gas pipelines, dumping of U.S. debt and stockpiling of gold indicate they are committed to reducing dependence upon the U.S. dollar and oil.

Time is also running out on North Korea’s demand for a revised U.S. denuclearization proposal by Dec. 31, 2019. Will Kim Jong-un’s alarming behavior of launching long-range missiles capable of hitting American cities continue unless U.N. economic sanctions end? Might Mr. Trump revert to his “fire and fury” threats once used as the U.S. and North Korea appeared to be on the brink of war? These remain very big questions.

In 2020, the U.S. also faces rising political upheaval brought on by presidential impeachment efforts and a presidential election. Investors hate uncertainty, yet what could be more uncertain to America’s future than the battles raging over whether we will maintain our system of free market capitalism or slide further toward socialism?

Could 2020 bring the same political and economic upheavals as 1980 did? Are you prepared for a seismic shift in the balance of power that any of these threats could bring upon the U.S. overnight? Are you prepared to see gold prices rocket four-fold to $6,000/oz.? The time to answer these vital questions is now - before the next crisis arrives!

To get answers to these important questions and more, please call 800-289-2646 or visit swissamerica.com.