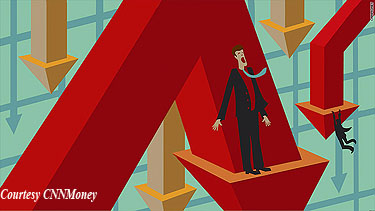 Is this just a minor market correction, or could it be the beginning of the abrupt end of a nearly 10-year bull market in stocks? Time will tell.

Meanwhile, I have noticed an eerie connection between 2018 and 1937, which I want to share with all of my readers.

During the Great Depression there was a period between 1929-1937 where the market had rallies and drops that faked out investors for years.

In 1937 the Fed decided to increase interest rates based on their belief that the depression was over and an economic recovery was underway.

But they were wrong.

From the end of 1937 to the beginning of 1938 we had a major collapse of the industrial base causing the stock market to drop 50%. Obviously entering World War II changed the entire global financial picture as the U.S. geared up for war.

I agree with many other market pundits that we are presently on the cusp of a worldwide recession. On average, global GDP is weak and may drop into negative territory. Both government and private sector debt levels are far too large to be serviced with interest rates rising.

During the 12-year period between 1929-1941 the stock market experienced several "dead cat bounces," but the underlying economy could not support a recovery in stock prices. Annual stock price fluctuations of 20% in either direction were very common.

As you know, the Fed has been raising rates in 2018 in an effort to get interest rates back to neutral. If inflation is under control – which I do not believe it is – why is the Fed raising rates?

Does the Fed fear the economy is threatening to overheat?

Perhaps the Fed's move is to give themselves some tools for the next slowdown - which I believe could happen as soon as the first quarter of 2019!

History does not always repeat itself, but it often rhymes. The Fed mistakes of 1929-1937 could be the same mistakes they are making today. Sadly, I suspect the result will be the same.

Conclusion: Keep your powder dry! Your best financial protection is to have a portion of your assets in physical gold for safety, liquidity and growth potential. Call your broker today and take action!