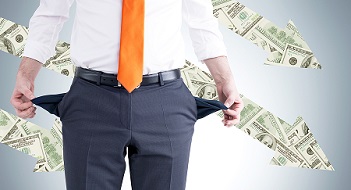 Thomas Jefferson once said, "Paper is poverty. It is only the ghost of money, and not money itself." Jefferson was a man of many accomplishments among them Founding Father, author of the Declaration of Independence, Vice-President, President and an early proponent of honest money. For Jefferson, ‘honest money’ was ‘real money’ free from the abuses of credit, debt and state issued currency - and directly convertible into precious metals. He very much equated money with liberty and independence; and understood the high stakes and inherent danger of paper wealth.

Paper wealth has been man’s Achilles' Heel for centuries. It is the irresistible urge to assign value rather than to hold value. It is the critical distinction between tangible assets and intangible assets. Precious metals and the gold and silver standards have historically backed paper wealth and provided a fixed value in a specified amount of gold or silver. So it is perhaps the ultimate Jeffersonian irony that so much gold is bought, sold and traded in paper in the form of ETF’s, gold mining stocks, gold futures and various forms of ‘gold on account.’

Paper gold is a financial instrument. It is a stock, fund or contract that may or may not hold physical gold as part of its assets. And while the buyer may be under the impression that they have acquired gold, they have - in reality - only purchased the promise of gold.

These products may seem like a low cost foray into gold ownership, but taking physical delivery of them is complicated, if not convoluted. It is often subject to availability and requires blind trust in 3rd party custodians. In many cases the contracts have fine print with disclaimers about storage release, chain of custody and delivery failures that can prove time-consuming and expensive. There are often special clauses that can make the promise of physical gold ‘null and void’ in favor of a cash settlement that benefits the bank or the fund particularly during the ‘superior force’ of a well-timed price surge or gold run. So if you think you can take fast profits when gold is soaring, you may find that you’re really only offered yesterday’s values.

If this alone sounds like a Gold Paper Ponzi scheme, consider the larger supply and demand issue. There is not nearly enough physical gold to cover all the paper gold floating around the marketplace. There is simply too much demand chasing a fixed global supply. The pipeline for raw gold has been steadily dwindling and is exhibiting some of the tightest supply conditions in three decades. Global gold demand is up 15% in Q2 2016, new gold production does not look promising and refineries are reluctant to process scrap gold. Meanwhile, the West is buying gold again in droves; fueled by the Eurozone crisis, Brexit and the ever brewing threat of a global financial meltdown. China and India have temporarily pulled back on their global gold grab but if they resume buying, the world is headed for a critical and unprecedented shortage of physical gold.

The buyers of paper gold are only one crisis away from holding absolutely nothing. What could trigger such a crisis? It could be a market correction, a string of corporate bankruptcies or growing recession indicators. The most likely scenario for a panicked gold run, however, is a global banking crisis - and it has already begun. Banks around the world are stressed and over-leveraged. They are dangerously flirting with insolvency. European banks are holding trillions in non-performing loans. China has over a trillion in stressed loans of its own while India holds over a $150 billion. In the West, both the US and Canada are exposed to a highly volatile real estate market looking increasing like a bubble and frighteningly like 2008.

Holding physical gold right now is perhaps more important than at any other time in history. Acquire it now before the stampede of desperate investors beats you to it.

In a letter to John Adams dated 1814 Thomas Jefferson perhaps put it best when he summarized the dangers of paper money and paper wealth; a problem that clearly still exists today.

"The evils they have engendered are now upon us, and the question is how we are to get out of them?  Shall we build an altar to the old money of the Revolution, which ruined individuals but saved the Republic, and burn on that all the bank charters, present and future, and their notes with them?  For these are to ruin both Republic and individuals. This cannot be done.  The mania is too strong.  It has seized, by its delusions and corruptions, all the members of our governments, general, special, and individual."