The Obama Economy Is Flatlining

THE OBAMA ECONOMY IS FLATLINING …
AND SOON MIGHT SPIRAL INTO RECESSION
By Craig R. Smith and Lowell Ponte

Latest Economic Reports Worse Than Even The Pessimists Expected

“Labor Costs Rise at Slowest Pace in 33 Years” read a New York Times headline on July 31 as this newspaper spun the news frantically to paint lipstick on the pig that is President Barack Obama’s wallowing economy. [1]

If the President were a Republican, this same Times story from Reuters would have carried a very different headline: “Wage Growth at Slowest Pace in 33 Years.” 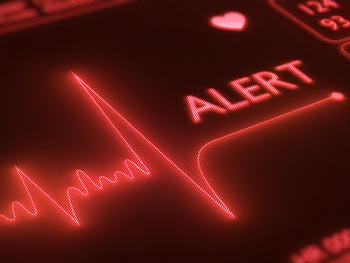 The Department of Commerce late last week announced that in the Second Quarter of this year America’s economy grew at an annualized rate of 2.3 percent, which other countries that do not engage in our data manipulations would see as equivalent to less than a 0.6 percent growth rate quarter-on-quarter.

The Commerce Department also said it has revised what began as Minus 0.2 percent growth during the First Quarter up to 0.6 percent growth….anemic growth, but better than much of the rest of the world where meager growth rates are now declining.

But then came stunning news: the 2.3 percent growth Mr. Obama’s bureaucrats calculated during the 2012 and 2014 elections were late last week revised sharply downward. Our economy’s growth from 2011 through 2014 had grown by an unlucky 13 percent less than claimed – averaging a miserably weak 2.0 percent growth.

This embarrassingly-low growth, remember, happened in an era where the U.S. Treasury and Federal Reserve were injecting perhaps $6 Trillion of stimulus into the economy – and this astronomically large expenditure, much of which must be repaid by our children and grandchildren, produced only 2.0 percent growth.

We might have done better by simply sending a check for more than $20,000 to every American.

In several of our books, including our latest, Don’t Bank On It! The Unsafe World of 21st Century Banking, we expanded our prediction and analysis of why all this Keynesian stimulus would in reality become an “anti-stimulus.”

As we predicted, this huge expenditure terrified business owners. They expected it to cause huge economic distortions and, ultimately, high inflation – so they cut back sharply on investment and hiring. British economist John Maynard Keynes taught that the “multiplier” from such stimulus spending would increase the velocity of money in the economy and encourage growth.

After almost a century of analysis, this appears to be true – but mostly in primitive economies with a static money supply. In advanced nations such stimulus can enrich high-rollers in the Wall Street casino, but can make the economy far worse for companies and those in need of jobs. Today the “velocity” of money in our economy is close to its lowest rate in 50 years.

In this, the weakest economic recovery since World War II, government claims of 200,000 jobs per month ring hollow – especially when the bulk of these are low-wage, hamburger flipper jobs with static wages that are killing America’s Middle Class.

Dying, too, in today’s stagnant economy is the traditional American Dream of home ownership. This is especially true for those 34 years of age or younger who cannot buy a first home or new car with their low credit, average $27,000 in college loan debt to repay, and low incomes.

A large proportion of Millennials have postponed starting a family, and for the first time in history America’s fertility rate has fallen below the needed 2.1 babies per couple replacement rate. At 1.84 babies per couple, we have now joined the downward death spiral to demographic doom seen in Western Europe and Japan.

Cut through the deception of not counting those who no longer look for a full-time job and we discover that 93 million working-age Americans lack the full-time job they need. Another 101 million have full-time jobs, but they are taxed to pay for the 108 million receiving means-tested welfare of some kind. In 49.5 percent of American households, at least one person now receives means-tested government benefits.

Among these benefits are Social Security Disability Insurance, now collected by more than 10 million Americans. The Obama Administration greatly eased standards to qualify for SSDI, so now SSDI will run out of funds in 2016. We have almost as many on SSDI as have full-time jobs in all of manufacturing combined.

The Federal Reserve is happy that inflation, even without counting rising food and fuel costs, has apparently “risen” to 1.8 percent – but, Baby Boomers, do not count on this to cause an upward Cost of Living Adjustment (COLA) to your Social Security.

Our economy is supposedly growing by 2.3 percent but is being eaten up by 1.8 percent inflation not fully factored into the government’s books. This might mean that our real annual “growth” could be 0.5 percent.

Welcome to the New Normal.