Are You Prepared For America's Next 100 Days?

Are You Prepared For America's Next 100 Days?

I am thankful Mr. Trump will be our next president. He has a steady hand and realizes tough choices must be made, following 8-years of Obama political and economic abuse. But markets neither forgive debt nor mistakes. Markets ultimately correct, regardless of who's in the White House.

Mr. Trump is not a miracle worker. While he may be a great leader capable of restoring hope, even before he takes office, he cannot make the debt bubble disappear, nor can he avoid its devastating effects. 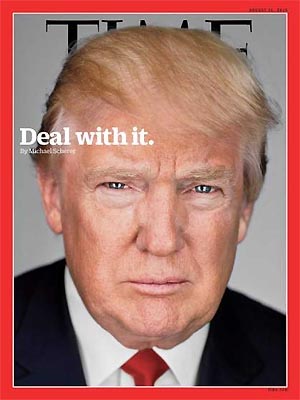 For example, just since the election of Trump, bonds have lost $2 trillion in value. Interest rates have risen and inflation fears have returned. While rising inflation may be good for the economy, it always damages the bond values.

An increase of just 1% in interest rates would increase worldwide financing costs over $2 trillion, not including the extra interest lenders may demand based on fear of further interest hikes coming in the future.

A $5 trillion bloodbath is coming in the bond market if rates are truly "neutral" which is around 5.5% - 6%. The markets will correct, just as sure as I am writing you this letter.

CAPE stock values are currently flashing the same red warning lights - just as we saw prior to the Great Depression of 1929, the 1966 recession, the 1980/81 recession, 2000 dot-com bust and the 2008 housing/credit collapse. And NASDAQ hauntingly appears just as overvalued as it did before the dot-com bursting bubble. It has gained 45% since February 2016.

Quoting Bill Bonner, "Mr. Trump begins in a position when a move in any direction would be disasterous. If he pricks the debt bubble, he will cause market panics and a recession....possibly a worldwide depression. If he does not, the disaster will come later."

So while I'm grateful to have a president full of common sense, keen business acumen and a steel spine (who will say what he means and follow through), we cannot avoid a recession or extended period of inflation.

Frankly, a recession would be good for America right now - much like President Ronald Reagan induced a recession in 1981. You may remember Fed Chairman Paul Volcker was forced to raise interest rates to 21% and the excesses had to be drained from the financial system to put America back on track for 20 years of real prosperity.

I believe Mr. Trump can make the tough choices needed, like President Reagan did. However, citizens MUST have a hedge in their portfolios during this turbulent period. Given that the average portfolio is about 40% invested in bonds, the need to hold physical gold is critical to offset losses. 2017 promises to be a very good year for tangible assets of real value to increase, while paper and credit/debt based assets are poised to take a huge beating.

The U.S. dollar, while currently enjoying a 14-year high, will eventually resume it's long-term downward trend. President Richard Nixon assured that long-term trend when he closed the "Gold Window" back in 1971. Truth is, today's strong dollar is demolishing the emerging market economies.

Bottom line: Nothing - including Mr. Trump - can stop mispriced markets from correcting. Markets always win. Nevertheless, I am grateful we have a steady hand in the White House come Jan. 21st, because we as a nation will surely need one. The confidence President Trump has in America, well-communicated to the people will help "Make America Great Again". I believe Mr. Trump to be the strong leader we need in the difficult times that lay ahead.

Have a happy and safe New Year!